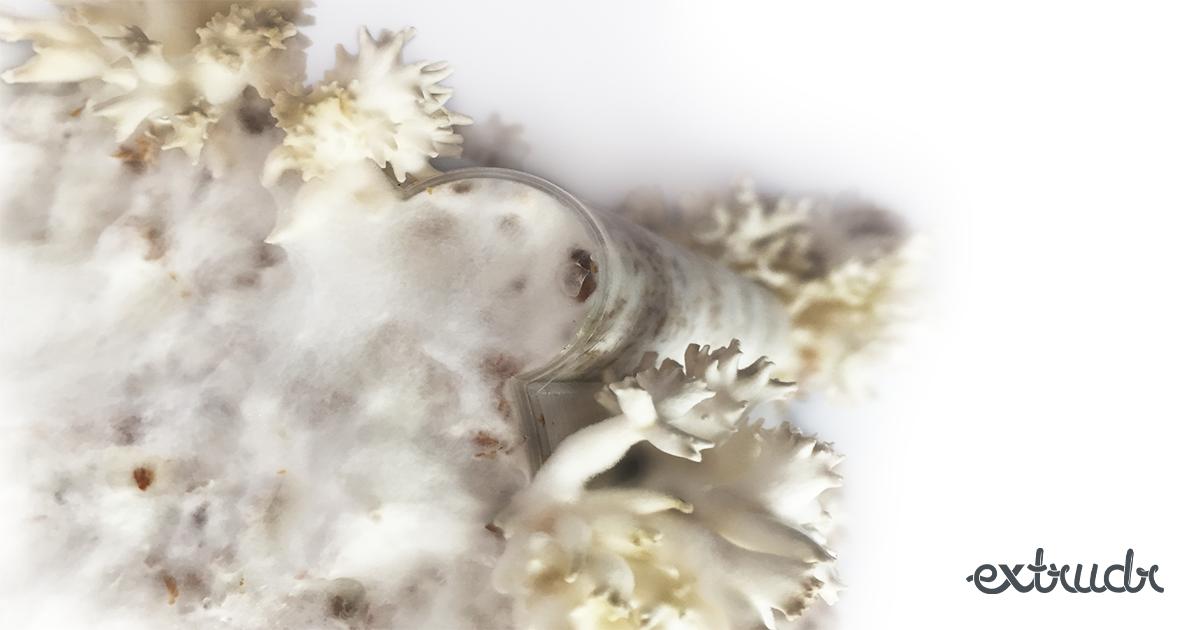 Resource-saving and sustainable are the keywords of the future, also in the construction sector. With his master's thesis, Jan Contala broke new ground at the University of Innsbruck, under the supervision of Professor Marjan Colletti (REX|LAB).

Fungi future is a research work in the field of circular robotic 3D-printing with biomaterials in architecture. The work was supported by the company Extrudr with its bio-based material. In this work, the mycelium and the biomaterial PLA NX1 form a dynamic symbiosis with each other. PLA NX1 is a biocompatible material derived from renewable resources.

The advantages of the material were used to provide the optimal habitat for the mycelium. Initial prototypes were created using a standard desktop 3D printer and later executed using an industrial robotic arm. This 3D-printed shell of Extrudr PLA NX1 granules dictates mycelium growth and spread on the surface of the biological ornaments. Intrinsic aeration and drainage channels allow better growth of the mycelium. The experimental studies reveal a dynamic building material that enables biological and sustainable architecture through targeted use and digital fabrication. 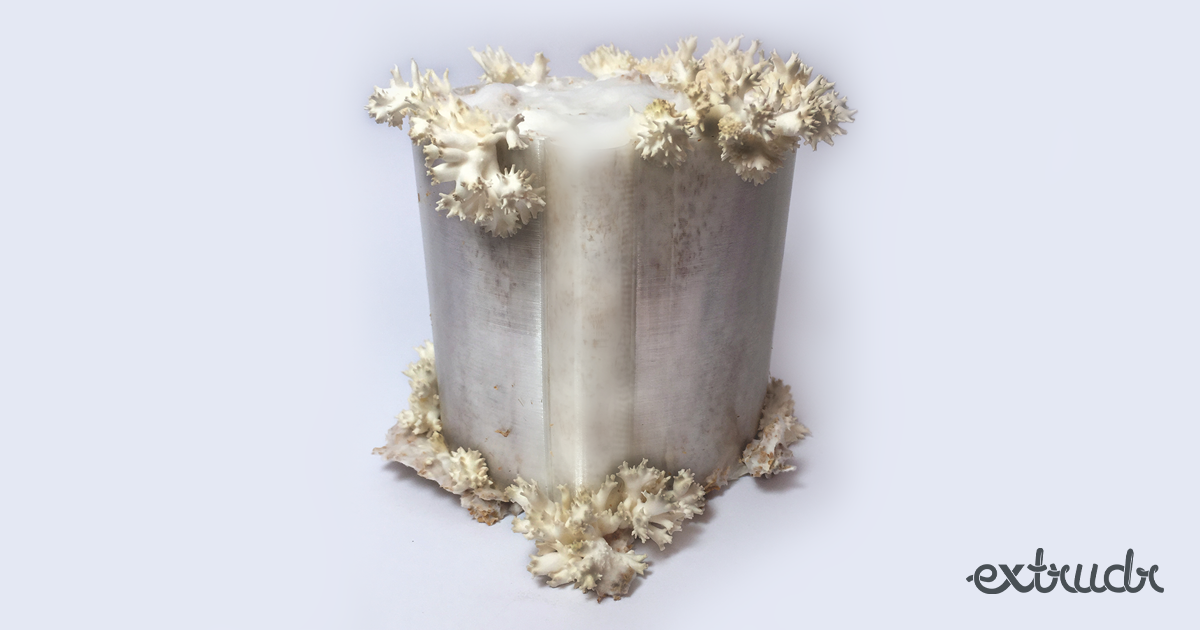 Fungi future – in the production of monofilaments

60,000 tons of mushroom waste are produced every week in Europe during mushroom cultivation. The EU project Funguschain deals with the valorisation and utilization of this waste. By extracting high-quality biomolecules, versatile products can be manufactured. Research was conducted into the use of fungal waste for the food, cosmetics and plastics industries. The project participants succeeded in producing different types of bioplastics from fungal waste. Compostable garbage bags, shopping bags and foils for the agricultural sector were developed and produced. Thanks to a special extract of the mushroom waste biomass, which can be used as a carbon source for the fermentation process, it is possible to produce biopolymers. Extrudr is researching with the bioplastic from mushroom waste for the production of monofilaments.